The advent of internet and its tremendous use by people across the globe has resulted in the generation of massive volumes of data that businesses are harnessing to retrieve valuable insights. With such petabytes of data in structured and unstructured form being created every second, businesses are in acute need of professionals who are multi-faceted and are adept in technical disciplines like software engineering, statistics, Big Data analytics, Hadoop, Apache Spark & Scala and various programming languages like Java, R, Python, etc. These professionals are popularly known as data scientists, who are now in great demand. The job of data scientist is emerging as the top contender in the list of most high profile jobs in the current technological era.

KRAs Of A Big Data Scientist

Data scientists have to make constant discoveries and invent newer techniques through intelligent use of statistics and algorithms to help businesses leverage the generated data. Collecting data from various internal and external sources and bringing structure to all kinds of data, forms a major part of their role in Big Data analytics.

On daily basis, the data scientists are required to clean and filter data to discard all irrelevant information. Conducting undirected research, preparing data for predictive and prescriptive modelling along with initiating data driven solutions to counter all threats and harness all impending opportunities is a crucial part of their job role. Data scientists must be intellectually curious and must be capable of suggesting cost effective methods to ensure optimum utilisation of the deployed Big Data analytics tools. Besides, Big Data scientists are also expected to establish strong and transparent communication lines with the top level decision making authorities. They must ensure timely communication of data insights to the concerned management level to aid in making real time decisions quicker and more accurate.

Thousands of companies ranging from start-ups to giant corporations are creating space for data scientists who can proactively manage the gigantic data sets and use various analytics methods to help businesses in effective target marketing and initiate advertising campaigns. Enterprises are largely leveraging the potential of Big Data analytics through these data scientists who help in designing the Big Data project for the company and ensure its successful implementation with the end goal being improving the organisation’s competitiveness quotient. They are responsible for seamless and automated working of various analytical processes and are expected to be the master of all technical trades.

The Acceptance Of Big Data Scientist As A Profession

While a decade ago, practicing medicine, law and engineering was stereotyped to be capable of landing students at lucrative job roles. However, with the advancement of technology, there has been a stupendous rise in the technical job vacancies where at present, data scientist is the most sought after job. By 2018, it is expected that organisations from diverse sectors will be creating 4.4 million data scientist jobs, while 6000 companies are already mulling to hire data scientists. As per the McKinsey report, it is expected that supply for data scientists will fall short by 60 percent in comparison to its demand by 2018. Companies having global outreach are showcasing greater interest in hiring data scientists for devising global level strategies, improving stability and tapping more avenues for boosting revenue.

Since data scientists are trained to work with large volumes of data integrating various technical and statistical tools, they work as an architect in developing data platforms and design an environment that acts as a bridge between business requirements and data analysis. By being an expert in the latest evolving technologies, they can effectively convert heaps of data into actionable data and convey them to the management and respective departments for aiding real-time and accurate decision making. 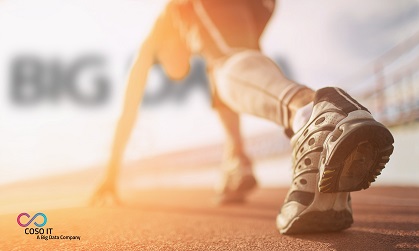 The Changing Dynamics Of Prediction Markets

A number of major industries in the world have prediction market rooted in them such as automotive, banking, electronics, manufacturing, pharmaceutical, retailing, telecommunications, etc. A majority of the decisions taken in the businesses of these industries rely on market sentiments. With the emergence of data science, the main aim of the firms is now to bring-out the crowd-sourced wisdom through predictive analytics and use it optimally in their business decisions. And here comes the role of data scientists into picture, as for predictive analytics companies heavily depend of them to develop and maintain the filters to analyse, monitor and distil the user data. The emergence of Big Data has made the data scientists the centre point of whole workforce of the industries where predictive analytics bears huge potential. For the firms which totally rely on market sentiments, data scientists are not less than a valuable asset.

Huge Gap In Demand And Supply Of Data Scientists

The current era is an era of internet where it has become an intrinsic part of people's life. A similar revolution is going on in businesses across the industries where getting useful insights from the huge amount of generated data has become one of the most crucial aspects of a business strategy. Considering all this, almost all firms want data scientists in the core of their strategic teams. This has created a huge demand for the data scientists across the firms making it one of the hot favourite professions among the aspiring professionals.

Named as the sexiest job of the 21st century by the Harvard Business Review, the data scientist’s job has been on the top in the list of high paying jobs with an average salary of $96000. While data scientists are loathed with handsome pays, there is always a potential to boost the salary further. It just takes expertise in communication, strong business acumen and industry-specific experience to convince the top bosses for salary hike.

As per the Burtch Works' study in the year 2014, the data scientists having university degrees in quantitative fields and who are well versed with the statistical methods and programming languages, are getting significantly higher pay packages. The study shows that the average salary of the data scientists, who are not working as part of a team and have up to 3 years of experience, was as high as $80,000. Moreover, the salaries of the employees having up to 9 years of experience were up to $150,000. In comparison, the average annual income of a lawyer in USA in the year 2013 was $131,990. This shows the huge scope that profession of data scientists bears in terms of both job reputation and pay packages.

Several studies have ranked the job of data scientist as number one in offering great work life balance. It is said that not only does the job is in high demand and offers lucrative packages, but it also ensures apt work life balance. However, everything comes at a cost and here the cost has to be paid in terms of showcasing extreme level of efficiency and productivity in handling hostile challenges and fickle working ambience. Keeping pace with the advancing technology is a crucial task that has to be met through constant knowledge up-scaling.