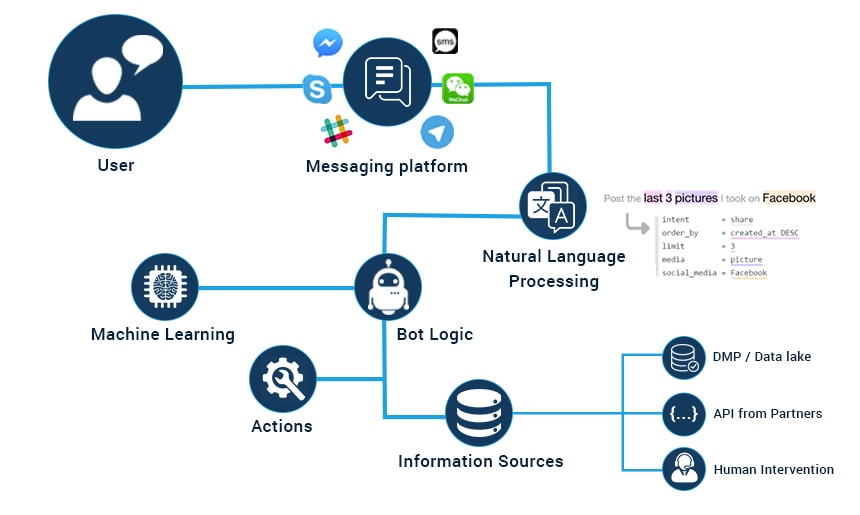 Chatbots are conversational tools which are actually software applications which mimic human's written and spoken actions for the sole purpose of interacting with other people. There are two ways that the chatbots are offered to the people - one being via web applications and other being just standalone app. And now Chatbots are being used commonly in every customer service department which was earlier performed by human beings.

What is AI’s role in a chatbot?
Chatbots are based on machine learning in the artificial intelligence aspect which is called as Natural Language Processing (NLP). This enables the chatbot to mimic human conversation and learns to communicate. The artificial intelligence-based chatbots achieve this through the cycle of the information that is typed or spoken by humans, which is sent to the agent and then that information is converted to machine language. This further continues getting and storing information and gets updated regularly with the amount of knowledge gathered in order to come up with an accurate decision. The final step in this process is called decision-making and this enables the chatbot to be more intelligent. This prepares the chatbot step ahead for expected questions and then the decision is modified depending on that. This decision is finally turned into a form of text or voice chat.

Real Conversations using Natural Language
Machine learning in voice technology has helped the banks to interact properly with their customers so that they can ask their queries with the chatbot system using NLP. It is an essential feature for the people who can now easily interact and get their queries solved. 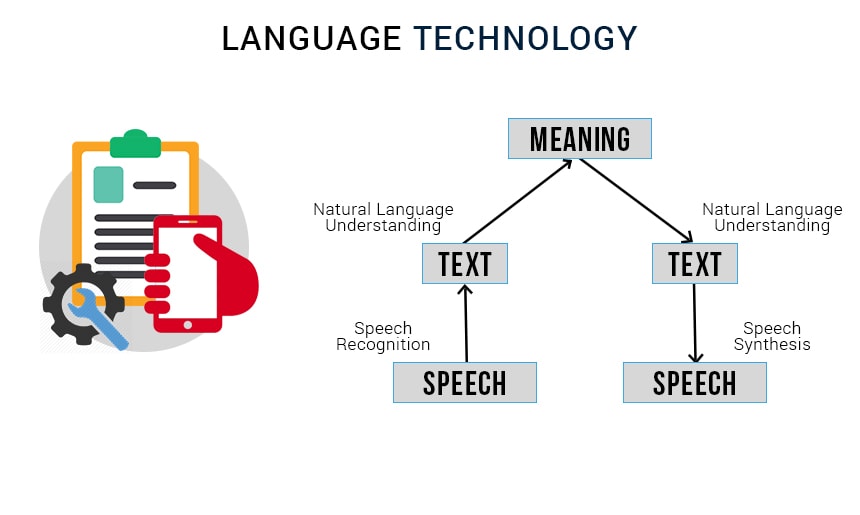 From NLP to NLU
Facebook's main reason to promote chatbots was Natural Language Processing (NLP) Technology which is a great way to understand all the requests done by the user. Interacting with chatbots in easier than talking to a human being on the other end discussing queries.

But a new trend evolved from NLP to NLU which is Natural Language Understanding. Companies and businesses are investing a lot of money in this technology for reinforcement learning and this might help in better understanding with respect to users interacting with the machines. 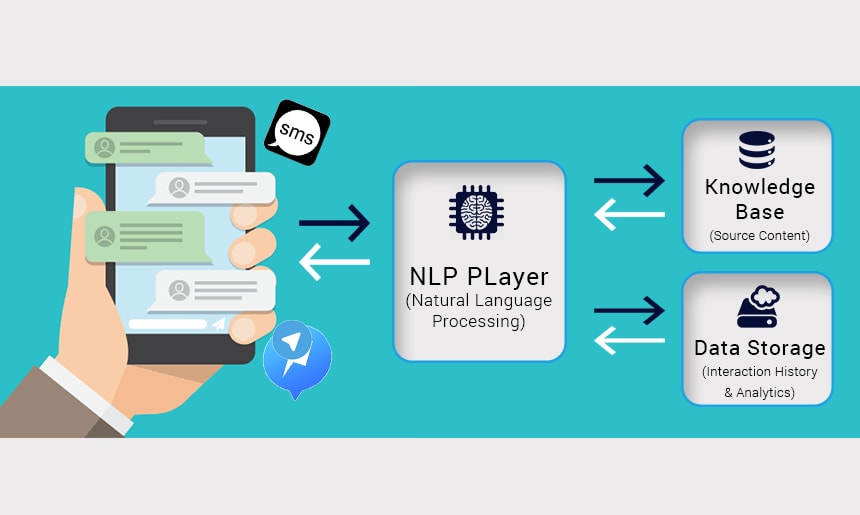 Voice Interface is the New Trend
There has been a lot of debate about how Chatbots are adding a lot of friction and taps than the conventional UI, which is becoming inconvenient for users. Therefore, it is considered that voice interface is an excellent approach to decrease the friction chatbots. And as we can see the new products by Google Home. Apple Home Pod, and Amazon Echo, the voice interface is growing popular and becoming the new trend right now.

Intelligence in modern Chatbots
The chatbots which are designed to be deployed in businesses and companies come in two varieties. The first one is rule-based which we have explained above. The second type is based on machine learning model, where the bot actually focuses on understanding the context of the conversation to come up with solutions. The chatbot tries to figure the intention of the user behind the statement to formulate an effective response. This completely relies on training the model on a neural network which thinks on its own after being provided with a thousand examples. The machine learning chatbots are not that advanced yet to be deployed on a large scale. It cannot solve multiple cases right now for businesses. The fact is they cannot guarantee the experience that they will be delivered which can sometimes end up doing harm to the business. 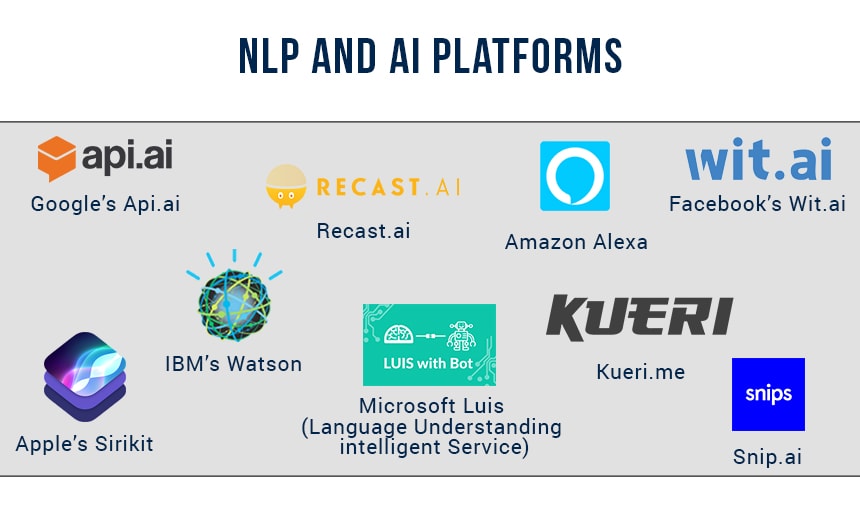 Hybrid Approach with Conversational Interfaces
Many companies are realizing that NLP still has a long way to go, which is why there is an approach to solving the problems from the UX perspective. We can have a much more dynamic user experience with the Conversational Interface instead of just relying on the natural language interaction. We can take into considered Slack as an example, where the bit platform is getting interactive with big UI elements like images and push buttons and messaging menus.

What is the future of chatbots?
The ultimate goal of futuristic chatbots is to be able to interact with the users just like a human does. And as we have heard the saying that "the best interface is no interface". The voice chat is topping the charts with the introduction of smart speakers like Google Home, Apple Home pod, and Amazon Echo. We can certainly see the shift from NLP to NLU and this shift in the focus is helping us have a better understanding of the user's text context. This is where the advantages of Conversational Interface are increasing the user's attention by providing them with an information that is totally based on the user's previous input. 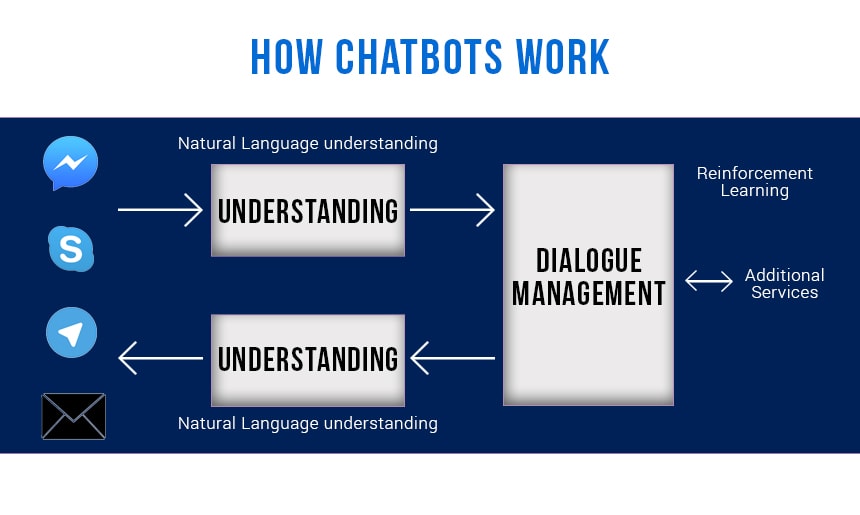 The only matter of concern right now is that if chatbots will be able to accomplish the emotional intelligence like the humans which can help customers virtually and develop the required empathy in order to interact with the customer based on the mood and the need of the conversation.