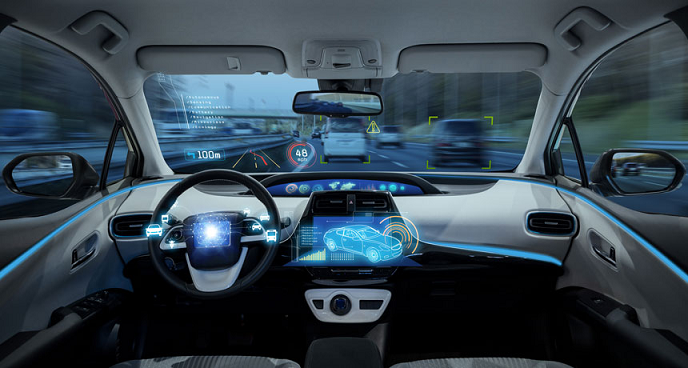 The evolution of driverless cars is making the headings in all artificial intelligence articles. This is an incredible idea which will soon be implemented all around the globe. Soon we will be witnessing such cars on the road and all thanks to the evolution of artificial intelligence. In the recent years, there has been a lot of advances that have taken place in the autonomous industry which is indicating a fruitful future ahead. The framework behind the concept of autonomous vehicles has been taken into consideration. Soon, driverless vehicles will be one of the most common sights on the road.

Delivery Vehicles
You have still witnessed delivery vehicles that have been delivering packages to people and the same task will be now done by driverless vehicles. But this time the efficiency will be increased to have high swiftness. Nvidia, who is the leading provider of computer graphics, DPDHL - who is the world's biggest mail and the logistics company and the ZF have combined together to team up and deploy the driverless trucks who will be transporting and delivering the packages all over. The trucks will be responsible for delivering packages from a common central point. It will be trained according to its environment so that it can detect traffic conditions, identify the parking spots and the behavior of pedestrians. The truck is equipped with sensors, cameras, LIDAR and radars that will be feeding the data into the system. This is going to save the expenses that are used in delivering packages as it is considered as one of the most important aspects of the logistic companies. This is going to be a potential advancement in this industry. 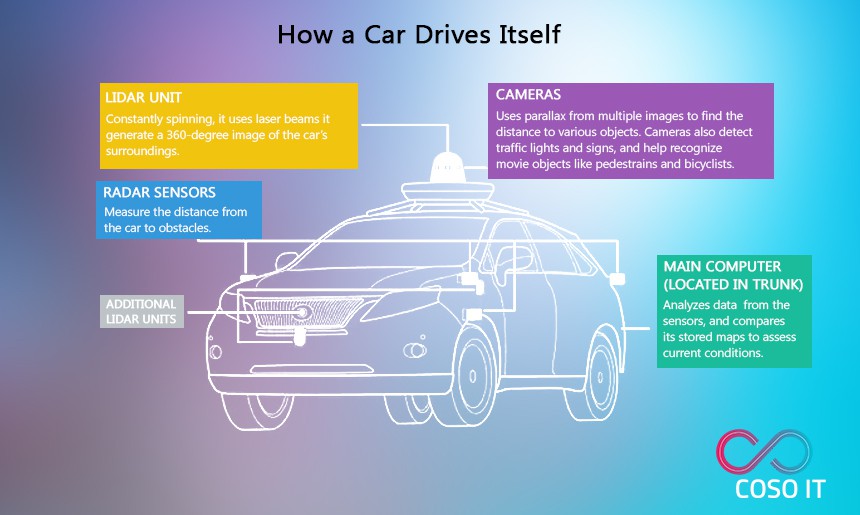 Full Autonomy
Let's imagine traveling in luxurious cars that will be helping passengers transport from one place to another while they can watch movies, work on their laptop, listen to songs and would not have to worry about the car to safely drop you to the destination. These cars will soon be a reality. Nvidia's Drive PX AI platform is going to come up with autonomous vehicles that will be handling over 320 trillion operations per second. This means that the vehicle will learn to accurately examine its environment so that it can be much faster than its previous models. 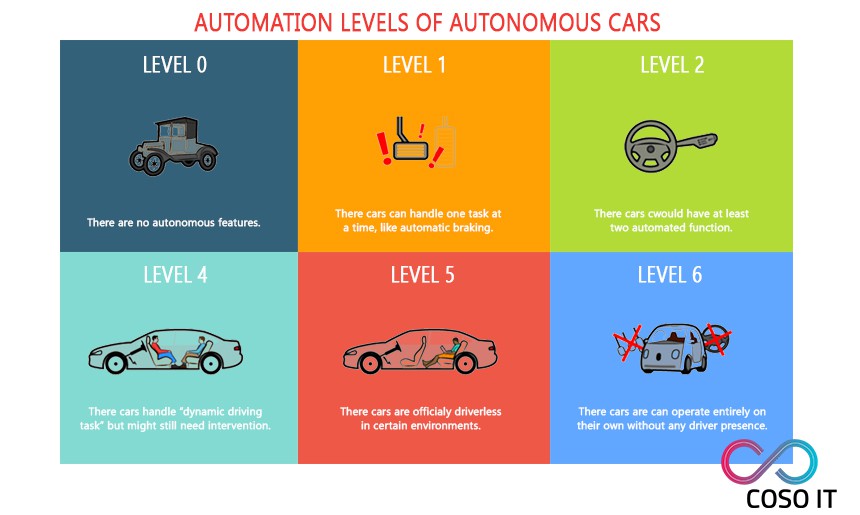 Parking
Parking is one of the least novel development. It is one of the earliest inventions in automated parallel parking. But this concept has evolved through the recent years. In major traffic cities, parking is one of the most difficult things to do, it increases a lot of emission., wastes a lot of time and also increases stress. Bosch had taken the initiative to develop a smart AI-based system that helped vehicles by providing them with a data on the parking spots available, location or the accurate timings of parking. This helped the cars park without any problems and also prevent accidents. The car being on the move receives information regarding the parking space available which is closest to the vehicle using the GPS location. 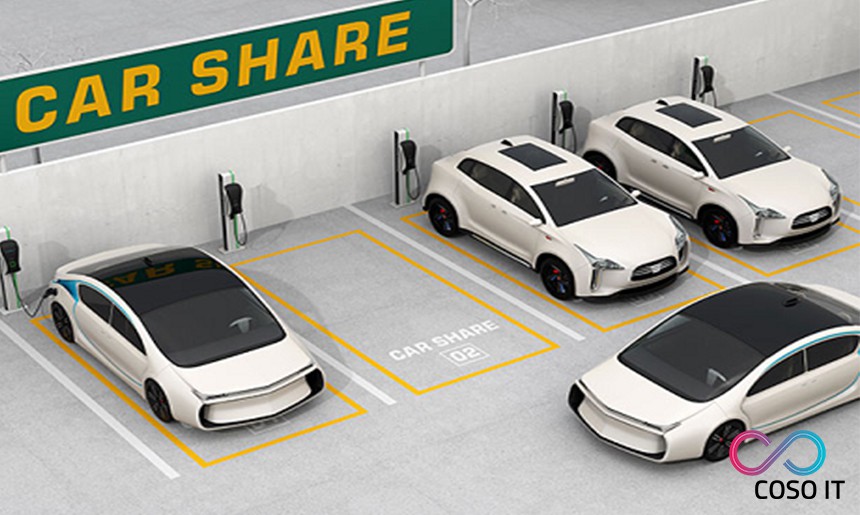 Cars with Common Sense
There has been a lot of evolution in this field which has seen some amazing changes but right now the one missing piece is having common sense like humans. The human brain is highly sensitive in extreme traffic conditions especially in big cities and chaotic cities, which enables the humans to constantly keep changing in accordance to the environment, the fellow driver's attitudes, behaviors of the pedestrians and also taking note of the erratic weather. It is very complex to develop driverless cars that can think like humans on the roads. Recently an MIT spinoff which is known as iSee is working on this advancement which is learning to impart common sense to its autonomous vehicles. This is soon going to be one of the most significant changes in this initiative.

The team has been working on the data and the neural networks so that the cars can learn and implement it in all kinds of traffic conditions. Our mind is sensitive to all these conditions and emotional cues which is why it is difficult to implement the same on driverless vehicles. Artificial intelligence is currently limited in this particular area for the time being but soon it will be evolving in that area. 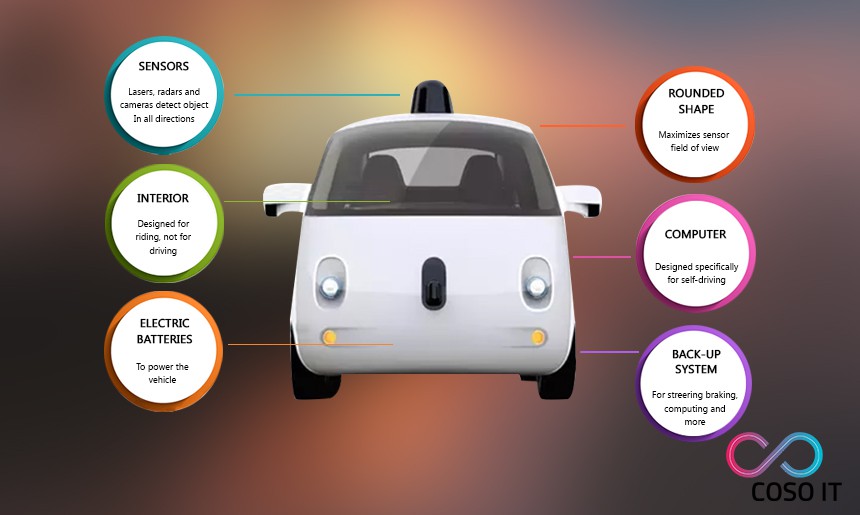 Conclusion
The developments in the autonomous industry are pretty exciting and the new is spreading like wildfire at the involvement of the autonomous vehicles. The topmost feature that will be a real phenomenon in this area is the implementation of common sense in driverless cars and soon we will be seeing them on the road which will become normal. The future holds a lot of exciting features where we no longer be needing drivers or wasting time stuck in traffic, all the worries will be handled perfectly by autonomous cars and it will soon be an end to accidents on roads.